Let me explain. The way that I play is much more about the collaborative storytelling experience and play than it is about the rules of the game of Dungeons & Dragons. I will also freely break rules while running the game, aiming to make an immersive and fun experience for players, rather than always following the rules as written. That is the game I want to play. 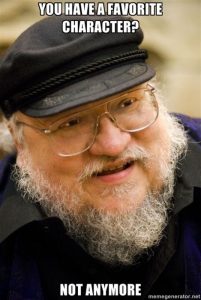 I’ll also say that the article title isn’t always true. I actually have killed off quite a few characters—both my own and ones in games where I was the game master. When that has happened it was either because it made for the most compelling story, or because the player had already agreed to it. For example, in one Game to Grow campaign a player was transitioning from one gaming group to one in a different location and decided that they would be making a new character when they made the transition. After talking about it together, they decided that they wanted their character to “go out in a blaze of glory” saving the rest of the group, and that is exactly what happened. As the party was escaping a collapsing tunnel system, that character lifted the collapsing door frame to allow the other characters to escape as the cave crumbled around them. At the last moment, he heroically turned to re-enter the cave to stop the main villain from following, and sacrificed himself for the rest of the team. A truly epic ending. The rest of the party memorialized them for the rest of the campaign.

Many other game masters prefer to have character death be a real and distinct possibility. They would argue that without the possibility of character death it is much more difficult to provide real consequences for choices within the game. Rules are meant to define the world and give it structure. Without rules, and thus consequences, players may feel like their in-game actions don’t matter. These are great arguments and playing the game this way is perfectly fine. Having the main character get killed by a surprise fireball with an unusually high damage roll may not make for an interesting TV show, but it could make for a great Sunday night with friends, and could make for some lasting memories. After all, isn’t that why we play?

It is interesting to see the amount of passion in the debate about whether or not and how characters should die in role-playing games—since neither is a right or wrong way to play. The place where problems arise is when the players and the game master do not have the same expectations. If a player is expecting a rich storytelling experience only to have their character vaporised in the first encounter, they will probably be pretty upset. Ultimately this is about player and game master expectations more than it is about a right or wrong way to play the game.

Everyone should have the space to play the game they want to play. However, it isn’t a game you play by yourself. You play it in collaboration with other people, each of whom may have their own expectations of the game that they are playing together, and may or may not agree with the ones that you have. This is most often where conflicts arise.

This is where I tell you to communicate clearly with your fellow players about your desires and expectations for the kind of game that you want to play. If you’re alright with a game that is more punishing and where death is a real risk for your character, let your game master know. If you’re a game master and you want to play a game where the story is crafted together, but the risks to the characters will rarely border on character death unless the story calls for it, let them know. At the end of the day, listening and talking with your players about what kind of game everyone wants to play will solve most of the conflicts that come up at the table. Discuss early, and discuss often, in order to make sure everyone at the table is playing the game they want to play together. 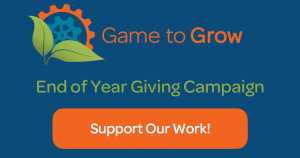