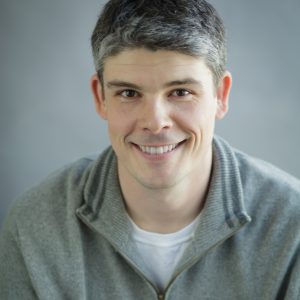 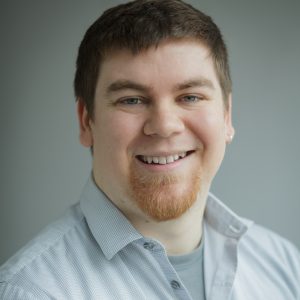 Adam Johns, LMFT earned his Master’s degree in couple and family therapy at Antioch University after earning his Bachelor’s in Psychology from the University of Arizona. In addition to his work with Game to Grow, Adam has been a therapist in private practice. Adam Johns has been playing tabletop role-playing games for 20 years, and is very involved in the geek community. 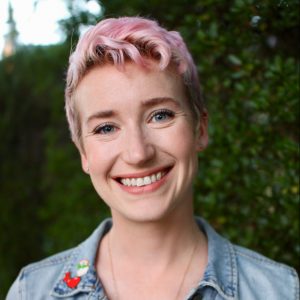 Director of Education and Training
Elizabeth D. Kilmer, PhD, is a clinical psychologist who received her doctoral degree from the University of North Texas. She has developed therapeutic groups utilizing table-top role-playing games to promote well-being, personal safety, and interpersonal effectiveness in children and adolescents who experienced trauma, as well as to promote cognitive flexibility, frustration tolerance, and social skills in military veterans in primary care and substance abuse treatment settings. Elizabeth is passionate about the development and research of applied therapeutic gaming for adolescents and adults. 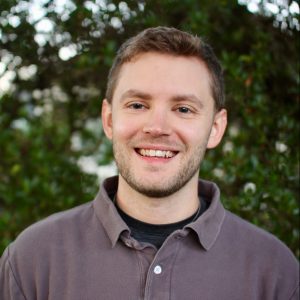 Director of Counseling Services
Jared N. Kilmer, PhD leads the counseling clinic at Game to Grow and sees clients in individual and family therapy. He is a licensed clinical psychologist and serves as one of Game to Grow’s therapeutically applied role-playing game (TA-RPG) group facilitators. He has developed groups utilizing TA-RPGs to promote psychological flexibility, resilience, and well being in military veterans recovering from mental illness, as well as to promote confidence, teamwork, and interpersonal effectiveness in children and adolescents. Jared is passionate about measuring the cognitive and emotional benefits of games and developing effective therapeutically applied gaming interventions among multiple populations. 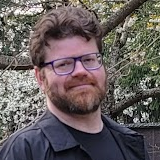 Director of Groups Services
Michael More, MSc, has worked professionally with neuro-diverse youth, teens, and adults for over 15 years in community centers, universities, and sports teams. In 2013, Michael started organizing and running gaming groups for co-workers, friends, and the local community, often using his own games, maps, and stories. Through all he is involved with, Michael strives to create welcoming, fun, dynamic spaces for folks to come together and learn from each others’ experiences. Michael is an alumni of the University of British Columbia in Vancouver, where he earned an MSc in 2012, and also works in the College of Engineering at the University of Washington. 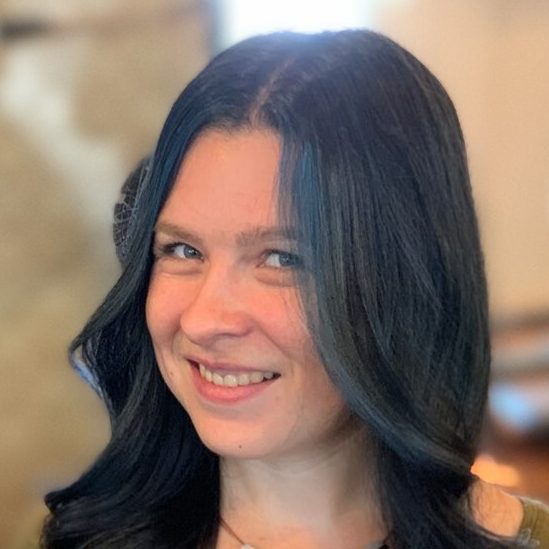 Maja Nordrum, MA, is a product manager who has worked with small businesses, non-profits, and game developers to ensure products and services fit customer needs and are streamlined, organized, and implemented. She is a certified Scrum Product Owner and also holds a PMC-I certification in product management. She has a Masters degree in Organizational Development and Change Leadership from University of St. Thomas in Minneapolis, MN. When she’s not playing games or watching esports, she enjoys dancing, boxing and pretty much anything outdoors. 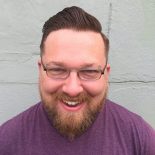 Gregory Barrett has a Bachelor’s Degree in Theatre Education from Western Washington University and was part of the campus improv troupe. He has been teaching skills using Live-Action Role Playing Games for the past seven years in Portland Oregon, and brings what he’s learned from outdoor education to his work with Game to Grow. In addition to role-playing games, Gregory enjoys practicing archery and exploring the forests of the Pacific Northwest. 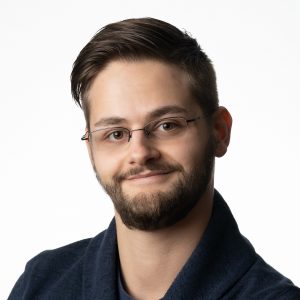 Andrew Brazzale, MSW has been working in the mental health field for several years after earning his Master’s degree in Social Work and Bachelor’s degree in psychology at the University of Illinois. He presently works as both a facilitator for Game to Grow and as a counselor for a local mental health community agency. He is very active player of tabletop role-playing games and board games, as well as engaging in other “general nerdery.” 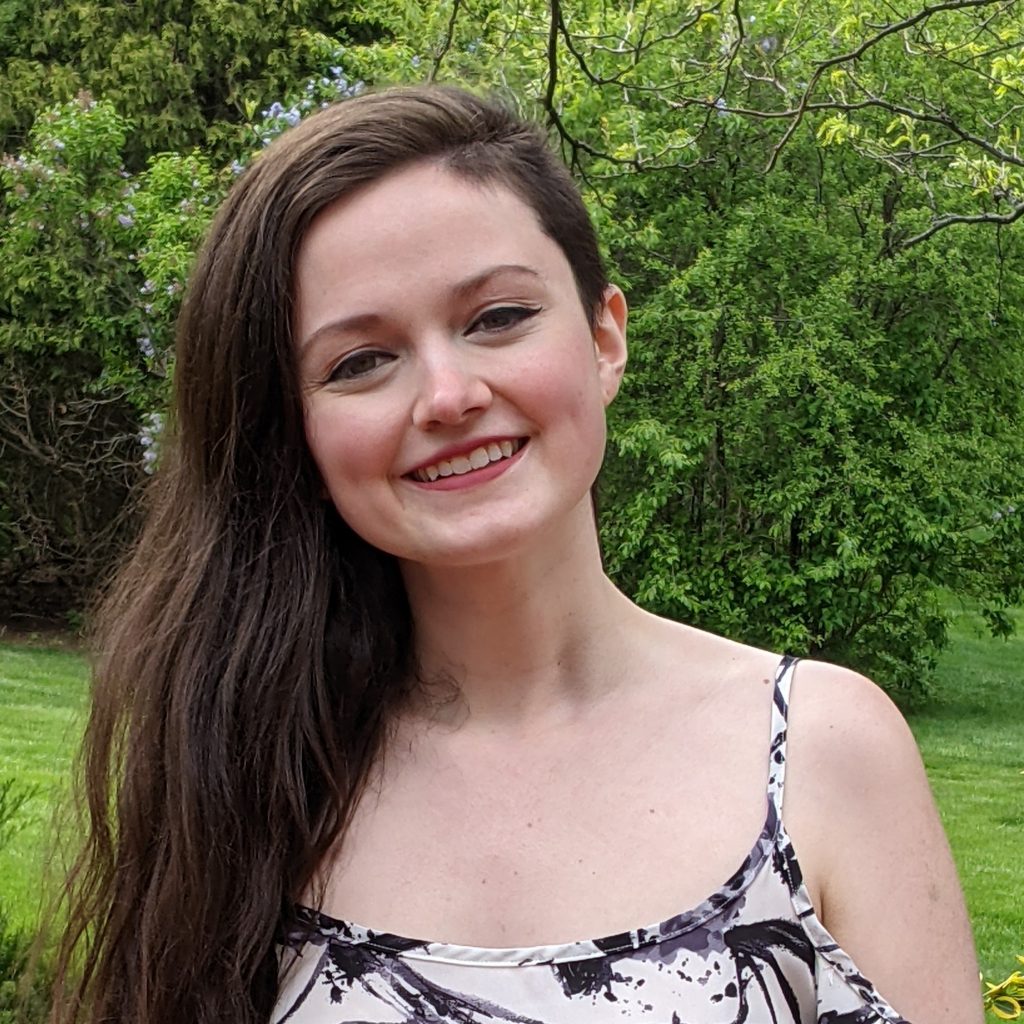 Anna Choquette, MSW received her bachelor’s degree in Psychology from University of Dayton, and is a graduate from The Ohio State University’s Master’s program in Social Work. She has found a passion working with LGBTQ+ youth, and strives to make her table accessible to everyone. Anna has been gaming both as a player and as a game master since she was eight, and knows the absolute joy players can feel when accomplishing something big in-game. 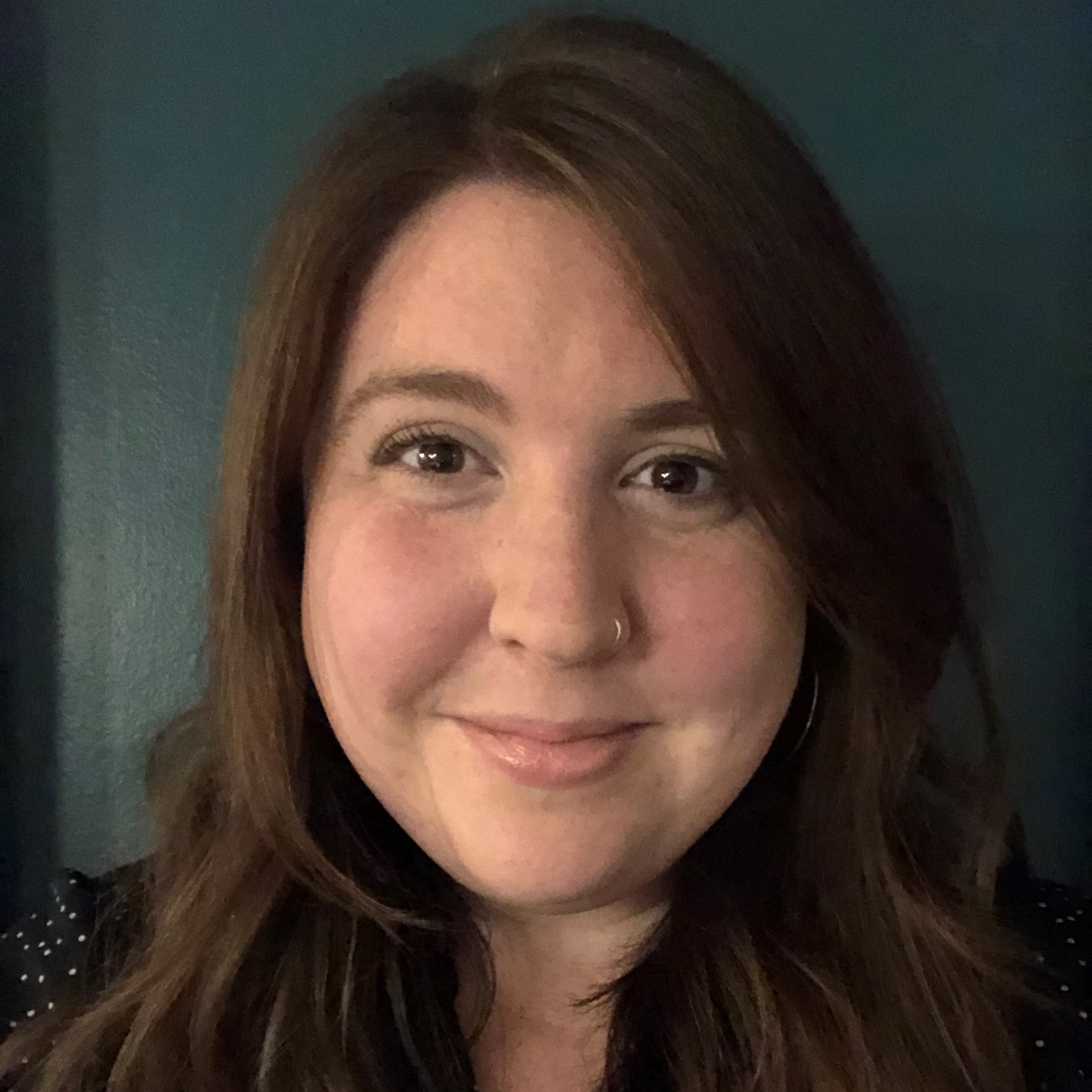 Laura Dunson, LPCC, M.S.Ed, is a mental health counselor in Cleveland, Ohio, who received her degree in Clinical Mental Health Counseling at Duquesne University and is currently pursuing a PhD in Counselor & Supervision Education at Kent State University. She is a relational-cultural counselor, and regularly incorporates creative and geeky interventions into her work with adult and adolescent clients, as well as research, teaching, and supervision. Laura is passionate about utilizing collaborative storytelling for personal and communal growth. 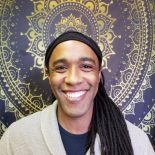 Sekayi Edwards, LMFT, earned his Master’s degree in Counseling Psychology with a concentration in Expressive Arts Therapy at California Institute of Integral Studies. Sekayi also works as a therapist privately and for a community-based clinic. He has worked with children and families for over 19 years in various capacities and enjoys facilitating TTRPGs as a space to draw from the power of the arts, culture, geekdom, and education in service of strengthening  identities and relationships. 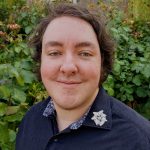 Arthur Guilford received his Bachelor’s Degree in Philosophy and the History of Mathematics & Sciences from St. John’s College MD. Working in community management for an educational Youtube channel, he focused on creating compassionate spaces that are safe and welcoming for everyone to learn. He has been running TTRPGs for over a decade, and loves the power they have to foster relationships, community, and learning. 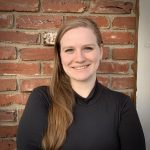 Amelia Herbst, MS is a clinical psychology doctoral student at Chestnut Hill College and has her master’s in Clinical and Counseling Psychology. She has worked as a therapist in multiple environments, from teens in residential treatment to older adults in community mental health. She started using TTRPGS with college students to practice addressing their social anxiety through role playing. As a therapist, Amelia is passionate about using games and geek culture because of their ability to empower, inspire, and heal.

Kerry Järvi has worked as an educator for many years, teaching 2nd and 3rd Grade for Baltimore City Public Schools, English as a Second Language in South Korea, and Finnish as a Second Language at Concordia Language Villages. He is currently pursuing his MA in Clinical Mental Health Counseling at Antioch University Seattle. Kerry is an avid gamer, particularly favoring collaborative board games and role playing games. 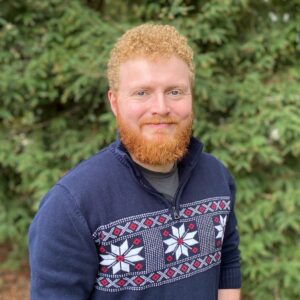 Hayden Jones holds a Bachelor’s in Psychology from the University of Missouri and is a student in the Clinical Mental Health Counseling program at Antioch University. Hayden has worked extensively in educational roles helping students learn necessary skills to promote self esteem and positive communication with others. He has worked with all ages in mental health and education settings, and believes in fostering healthy communication skills through strength-based approaches, positive communication, and humor. 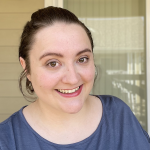 Rachel Pollari earned her B.A. in English and creative writing from the University of Iowa and is currently pursuing her Master’s in Library and Information Science from the University of Wisconsin-Madison iSchool. She previously worked as a Teen Services Library Assistant cultivating programs and partnerships to help teens reach their highest potential. A teen introduced her to TTRPGs, and she quickly became passionate about the intersection of stories, teamwork, and dice. At her table, Rachel aims to foster leadership, empathy, and community. 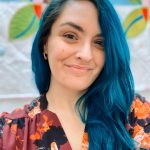 Jenelle Rae DeLucrezia is trained in educational research and instructional design, with a BFA from the University of Hartford and an M.Ed in progress at the University of Southern California. She believes in the transformative power of storytelling and games, and in the potential for art to empower and heal. Jenelle has worked in museums since 2015, and works with youth and families to create playful experiences for learning. She has designed creative programs for LACMA, Craft in America Center, and the Huntington Library. 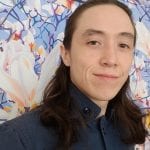 Akira Sakoda has been facilitating groups since 2019 and has a wealth of experience working with a wide variety of kids and teens. In his time at Game to Grow he’s helped create a path for the continued expansion of the facilitator role. He holds a B.A. in Psychology and an A.A. in English from the University of Washington and a lifelong passion for using games, puzzles, and humor to enlighten. 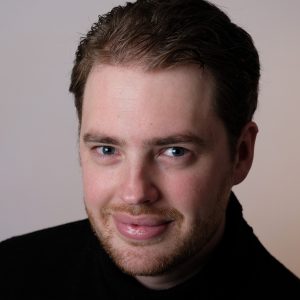 Johnny Spangler, MA, LMHC, earned his degree in Mental Health Counseling at Antioch University and currently works as a counselor for adolescents and young adults around the Seattle area. He is also an adjunct professor at Antioch University in Seattle, teaching classes in their counseling program. His previous experience focused around teaching communication skills to students of all ages from classrooms to offices. His work reflects his deep belief that the greatest skill one can learn is how to communicate effectively with those around them. 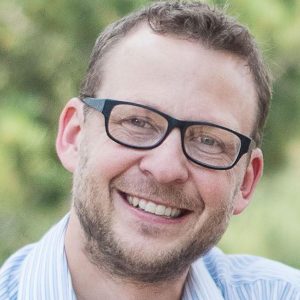 Chris Spielmann, MA(Oxon) MSc has worked in education for over 15 years mostly teaching science in high schools and middle schools. He received his MA(Oxon) in Physics through Oxford University and his MSc in Education through Hong Kong University. Chris has always been passionate about supporting neurodivergent students to find safe spaces where they can find joy in learning and other people and sees therapeutic table top games as one of the most powerful ways to do this. 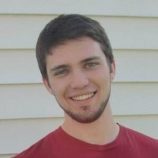 Paden Vance, MA, is a recent graduate of Antioch University where he earned his Master’s in Clinical Mental Health Counseling with a specialization in Drama Therapy. During his undergraduate education he earned a double major in Psychology and Theatre, while acting in as many plays as he could. Paden first learned about the benefits of role playing games while using tabletop games for social skills development groups in the Seattle area. In 2020, he also co-wrote an original drama therapy social skills curriculum for neurodiverse youth. Paden has been playing video games all his life and has a soft spot for everything Nintendo. 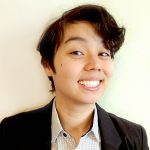 Tor Warren earned his Bachelor’s degree from the School of the Art Institute of Chicago, where he began his exploration of tabletop role-playing games. In his work with youth, he seeks to build safe spaces that encourage creative expression. When he isn’t facilitating groups for students or playing games with friends, he’s creating comics and illustrations for fantasy anthologies. Tor enjoys reading extensive backstories and implementing them into collaborative narratives almost as much as he likes writing them himself. 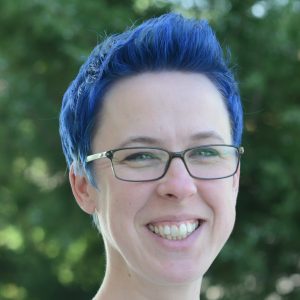 Director of Critical Core
Virginia Spielmann is Executive Director of STAR Institute for Sensory Processing, in Colorado. She trained as an Occupational Therapist in Oxford, England (BSc) and has her MSOT from Mount Mary University, Wisconsin. She is a PhD candidate with the Fielding Graduate University in Infant and Early Childhood Development with an emphasis on mental health. Virginia has been working with children from 0-19 for more than 20 years, and believes in strengths based, respectful support for all individuals and is an advocate for the social model of disability. 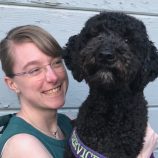 Volunteer Coordinator
Shawna Spain has a Bachelor of Arts in  Technical Theater, is a gamer and accessibility advocate, and can organize anything from paper to cats and everything in between. She’s a founder of The Spoon Conservatory, is a natural storyteller, and plays a lot of Dungeons and Dragons. She also has delightful service dogs!