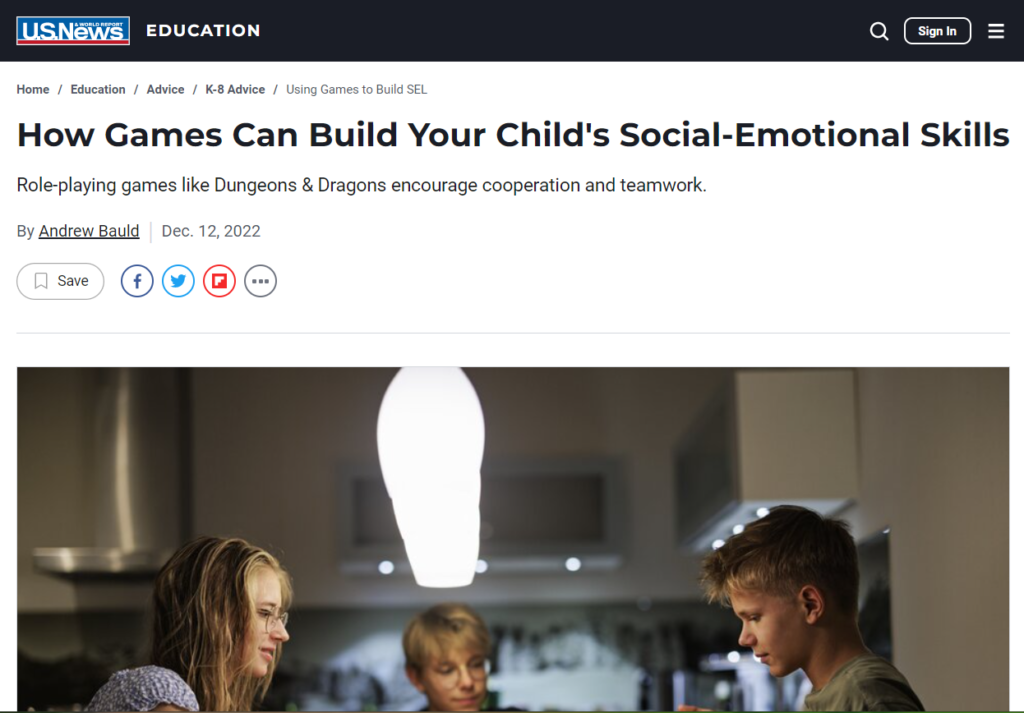 When was the last time you played a game? Gaming is good for emotional health, especially for kids!

U.S. News and World Report’s article, “How Games Can Build Your Child’s Social-Emotional Skills“, is all about the connection between gaming and social-emotional learning: “The goal of SEL is to teach kids and teens non-academic skills like empathy, emotional regulation and collaboration.”

Sound familiar? These are the same kinds of skills our participants learn while playing at Game to Grow! In the article, Game to Grow’s Adam Davis points out: “What makes [games] so much fun is the play, not the rules.” Role-playing games are naturally cooperative, so they can be a fun, engaging, low-stakes way to practice and learn.

Looking for a kid-friendly roleplay game to support social-emotional learning? Don’t miss the article’s list of suggested games, including our very own Critical Core: